You are here: Home / Catholic Q&A / The Difference Between Catholic and Christian

Many people find it confusing when they try to work out what differs Christians from Catholics.

Christianity is the core Abrahamic Religion that encapsulates the Catholic Church, Protestantism, the Eastern Orthodox Church, Lutheranism and Methodism, to name a few. 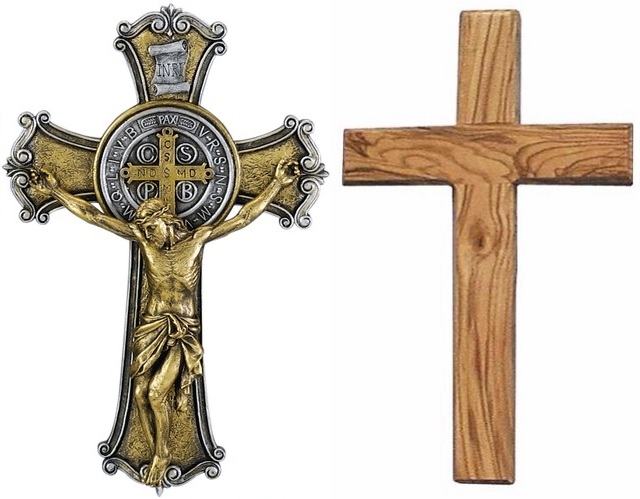 Christian literally means follower of Jesus Christ, so all followers of Jesus are Christians regardless of their particular faith.

We will be covering some of the main differences between Catholics and Christians in this article.

Are Christians and Catholics The Same

Not all Christians are Catholics, but all Catholics are Christians. There is over 60% of the Christian population that is following the Catholic faith.

Most non-Catholic Christians that you may have met in your life, would actually be Protestant. For this reason we will be comparing Catholics to Protestants as the core representative for the other Christian faiths.

What Similarities are There Between Catholics and Other Christians

The differences between Catholics and other Christians is down to their interpretations of the scriptures, rules and laws.

The Catholic Church believes that they alone possess the truth of what Jesus revealed. They do not doubt that other Christian faiths are true followers of Christ. They just believe that they have the correct path to follow.

Both Catholics and Protestants share many of the same beliefs and ideals.

What Makes Catholics Different From Other Christians

The core difference comes down to how they believe we are to be accepted by God and welcomed into Heaven, and how to avoid Hell and Purgatory.

The core Christian faiths believe that Jesus died for our sins, and as such we only need to believe in God to be able to gain access to Heaven and to be accepted by him (Romans 4:6). You must have no doubt about him and must be willing to put your life in his hands, and allow him to guide you.

In other words, a Christian who beleieves in Jesus Christ, but does not live a charitable live, or dables in excess or debauchery for example, could still be granted a place in the kingdom of heavy. This is thanks to Adam and Eve’s actions in the Garden of Eden. We are fundamentally all flawed and full of sin no matter what we do in life (Romans 3:23-26), and as such its only through the believe in Jesus and his sacrafice for us, that we could gain access to heavy.

If you follow Jesus and God and trust in them, you are guaranteed a place in Heaven when you die (Luke 23:43) Even a man who has lived a life of sin, could have his sins forgiven if he accepts Jesus Christ as his lord and savior before he dies.

Catholics on the other hand. Believe what you do in life is just as important as believing in both God and Jesus. They believe that following their fall from the Garden of Eden, mankind has still retained some level of goodness within them.

Your actions in life speak for themselve, define if you are truely worthy of entering Heaven, and not just your belief in God and Jesus. As we exercise our own free will, we choose whether we live in sin or not through our very actions.

It is our actions that show evidence of our belief and faith in the Lord. By putting the teaching of the Bible into practical use, they believe that we are living by our convictions.

In other words, giving to charity once a year is not following the teachings that Jesus Christ gave on to us. To truely be charitable, one must take part in charitable activities on a regular basis. Living a greedy life, taking from those less fortuante than yourself, or thinking only of your own wealth, will mean that you have failed in your duties.

They strongly believe in this main difference thanks to James (2:24)
“You see that a person is considered righteous by what they do and not by faith alone”.

There are other subtle and not so subtle differences between Catholic beliefs and other Christian faiths.

Catholics believe that the End of Days in the book of revelations is real and not just a metaphorical representation of potential disaster.

Catholics also believe in an appointed spiritual leader. They believe that the Pope is Gods representative here on earth. As the leader of the Catholic Church the Pope has authority over the interpretations of the scripture.

Rules that the Pope instills are law and must be adhered by, as if they were the word of God himself. Even if they contradict the laws of the land. Laws pretaining to birth control, abortion, who has the right to be married. If the Church rules differently to the laws where Catholics live, the Churches ruling takes precedence.

This difference in interpretation has lead to many Catholics being at odds with the rest of the Christian community as well as many Governments and Civil Groups world wide.

Christians view the Pope as being the head of a Church, but do not acknowledge his authority.
They do not believe in his infallibility or supremacy.
They instead believe that the Bible is the word of God as Jesus has said (Mark 7:1-13)
They do not follow the additional teachings of religious leaders, instead believing that pastors or church leaders can give guidance or advice, nothing more.
When the laws of the land contradict the Bible’s teachings, these laws usually hold sway with them (Romans 13)

The following table shows some of the minor differences between the Catholic and Christian faith.

As there are many more Protestant faiths in comparison to Catholic faiths, there are even more minor differences that we could not cover. Yet regardless of our individual faiths, we are all people of faith.

We all believe in and worship the Lord and our savior Jesus Christ. Even though we may have differences of opinion, at the end of the day we are all human.

We are all brothers and sisters, mothers and fathers, and should work together and help support each other where and when we can.

God Bless us all.

If I have missed something, please let me know by leaving a comment below.