You are here: Home / Easter / Lent 101 – An Explanation of the Lent Tradition 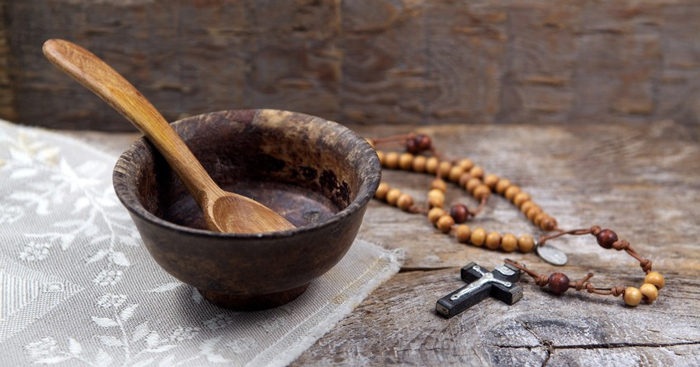 Lent; A time in which those of the Catholic faith forgo luxuries and indulgences to display their love and devotion to Jesus, God and the Church.

If you are new to the term ‘Lent’ you may not even realize that there is in fact  two different variations. If you’re a new convert then your first Lent experience may be different to that of someone who was born into Catholicism. Or if you are a vegan or vegetarian, then abstaining from meat during lent doesn’t sound like much of a sacrifice for you to offer.

The truth is, that as Christianity spread and became more main stream, what was once practiced in preparation for Baptism, has since evolved into the tradition we know and love today.

In this article we will take a look at the origins of Lent and the practices of this Catholic sacrifice today.

Lent and its Relation to Baptism

Originating in the first three centuries of the Christian era, Christians would prepare for Easter, by spending three days in prayer while fasting. It would later become a three week period of intense spiritual and liturgical preparation for catechumens, that were seeking to be to be baptized at Easter.

As Christianity became more widespread and most people were being baptized in their infancy, Lent lost its connections with the baptizing of catechumens. That was until the Second Ecumenical Council of the Vatican, or Vatican II, restored the order of catechumens. Allowing for adult converts to baptized at the Easter Vigil, which takes place after sundown on Holy Saturday.

The Importance of the 40 Days of Lent

Following the legalization of Christianity in the Roman Empire during the fourth century, Lent had developed into its current length of forty days, 46 if you count Sundays that are not actually included in Lent. Fasting during Lent is actually practiced for six days of the week over the six weeks of Lent, excluding Sundays.

Forty days in itself holds significance for Christians due to several biblical events:

The Day Before Lent

Also known as Shrove Tuesday or Pancake Day, this is the last day of indulgences, festivities and friendly competitions. The humble pancake has its origins drawn from ancient customs, and holds deep religious roots.

The day of Shrove can serve several functions for the local community. In some regions, all members of the community gather to share and eat pancakes communally. Others run friendly pancake eating competitions with either the most number of pancakes eaten within a set time period, or the first to finish a set number of pancakes declared the champion.

Following the end of these festivities most people will attend mass in preparation for Lent and Ash Wednesday. 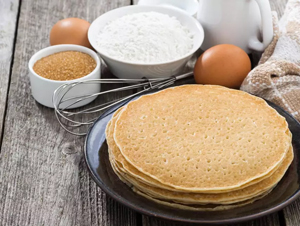 When Does Lent Begin?

Unlike Christmas, Lent does not coincide with any set date of the Calendar year. Instead it is set by the Liturgical year, which is also known as both the Church year and the Christian Year, and begins on Ash Wednesday. As part of the Easter season, for the next six weeks Catholics and Christians begin their prayers and penitence. Lent is followed from Ash Wednesday, up until it concludes at sundown on Holy Thursday, there is some debate as to whether Lent should be classified as finishing on either Good Friday or Holy Sunday. Either way the abstinence from meat is still honored.

What to Do During Lent

Fasting is performed on Mondays to Saturdays during lent, and only taken by those how are able to do so.

A pregnant or nursing women is advised to not partake in the fasting, nor should anyone of frail health, or with a medical condition that could be adversely affected from fasting.

If you work in manual labors then ensure that you consume enough food to provide you with enough energy to perform your duties. We must firstly maintain our stature and perform our duties to the best of our abilities, and if fasting could impede our performance, then it is advised to either modify the limitations in fasting or to avoid fasting all together. The same is said if one is offered food by someone that was unaware of the restrictions imposed through Lent. If it could be taken as an offence to the host if your refuse their food, you may still freely join in on their meal.

Safe Meats to Eat During Lent

In English meat and flesh are interchangeable, so when we hear no meat, we instantly think no meat, period. This is not the case however as this restriction only applies to mammals and fowl. This is viewed by many as extending to things produced by these animals suck as milks and eggs, and anything that can be made from these products.

Milks, cheeses, yogurts and eggs can be consumed if you feel that you need them to maintain a healthy diet during Lent. However full abstinence from these creatures can be seen as a strong devotion to Jesus.

Animals that don’t fall under mammals or fowl include fish, reptiles, crayfish and amphibians. These can be freely consumed as part of your Ash Wednesday and Friday meals during Lent. This is because creatures like fish have never held the same status as mammals or fowl, and are not as readily enjoyed as much as meat is.

There isn’t any biblical or spiritual reason behind way eating meat in itself is abstained from during Lent. We abstain from consuming meat and any meat flavored products during Lent simply because it tastes so good. As it is something that most of us find enjoyable, by showing that we are willing to abstain from this indulgence, we are in fact willing to make a sacrifice to God. If we were to offer something we considered to be less appealing as a sacrifice, it would be an insult to God and it would be saying that he is not worthy of our time and effort, nor of our love and respect.

Giving Up a Luxury for Lent (Other than Meat)

Many Catholics and Christians have been taught to give up something for Lent. This does not have to do with food, so if limiting the type of food that you can enjoy is not a viable option for your situation. Then choosing to forgo another luxury or indulgence would be just as significant. For example you could limit driving your car to set destinations only, or maybe use public transport to get to and from work instead. Not listening to music during Lent could also work if you are an avid music fan.

We can all choose to make an additional sacrifice during Lent if we wanted. Think of it as a new years resolution, but this time it’s a promise made to God and Jesus and not just to yourself. Lent makes for an excellent time for those of us that want to start making a change in our lives to better ourselves or to start something new. If you seek to do this, make sure that you have the support and will power to follow through. There’s no point making a promise that you can’t keep, so something like wanting to quiet smoking may be more difficult to maintain then you may think, even with Gods support behind you.

During Lent is a good time to help contribute back into your local community. We can help those less fortunate than ourselves by volunteering our time, we can offer goods such as food, clothing and bedding to the less fortunate. The more popular practice among most Catholics and Christians during Lent, is to donate the money saved from fasting and abstinence to local charities.

In a single year, as much as $250 million can be raised for food services during Lent.

Confession and Prayer During the Lent Period

During Lent we can attend mass to offer our prayers and to confess our sins and seek guidance from your local Priest, Bishop or Minister. Lent in the lead up to and following the Sacred Triduum (Holy Thursday + Good Friday + Holy Saturday) and Easter Vigil, provides us with an excellent opportunity to welcome new members into our community, to catch up with old friends and to reconnect with family.

Easter Mass not only provides us the means to express or love and devotion to Jesus and Church, but also the means to strengthen our community bonds. It is for these reasons that it is highly recommended that we all attend local gatherings during Lent and to offer our support and prayers for those in need. 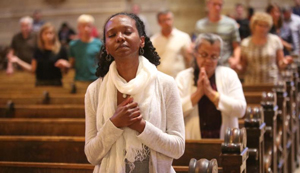