You are here: Home / Archives for Catholic Church 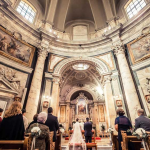 Marriage in the Catholic faith is a sacred union between a man and a woman in the eyes of God. But you might be wondering if Catholicism follows similar rules to many other religious beliefs, such as Mormonism and Islam for example, in that marriage is only permitted when both partners are of the … END_OF_DOCUMENT_TOKEN_TO_BE_REPLACED